SEE IT CLEARLY,
LIVE IT FULLY. 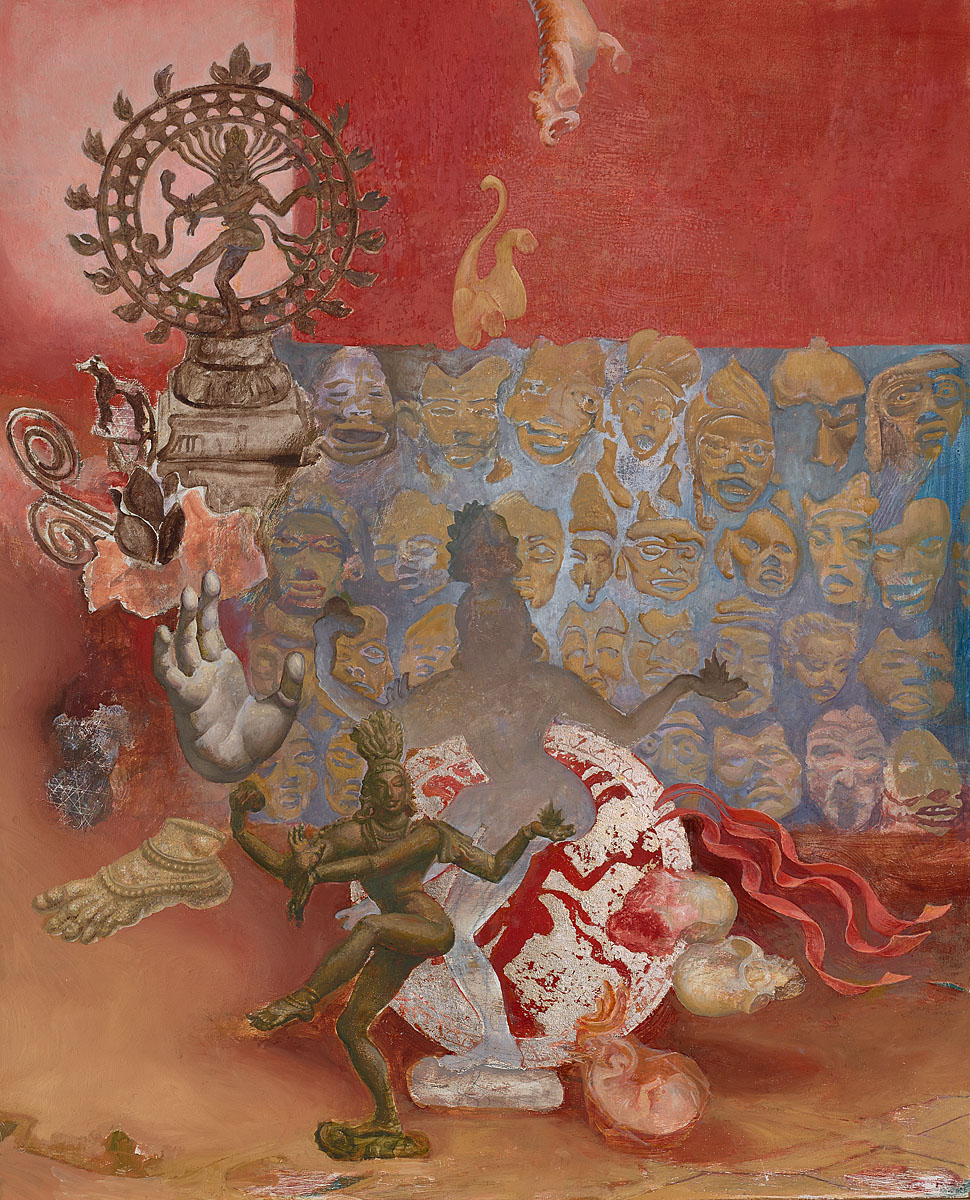 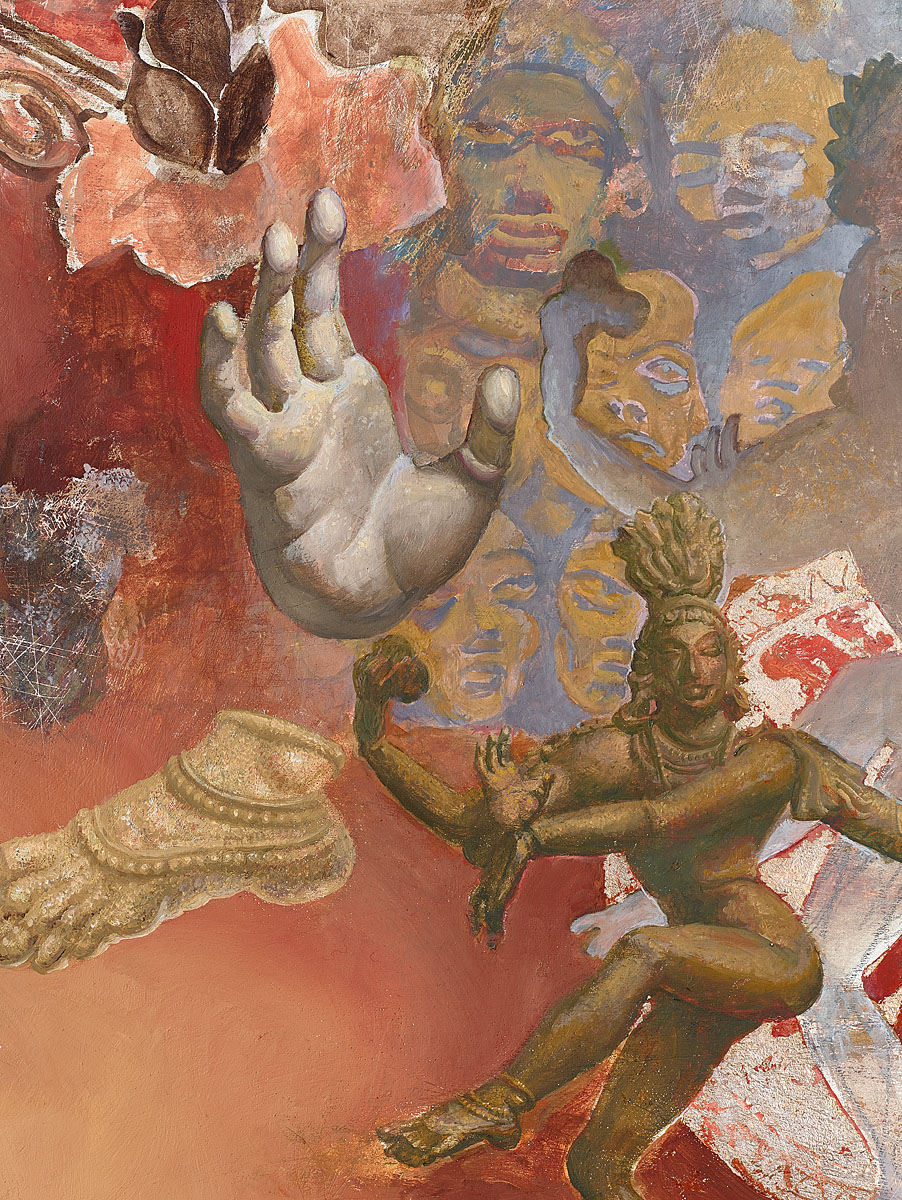 Nataraja, or the dancing Shiva, is the lord of becoming: things passing away and things emerging, and this image is a reminder of that transience. Skulls enter the cauldron-like circle behind Shiva and an embryo emerges from it. Shiva himself appears in several different ways in the painting—as full figure, fragmentary hand or foot, silhouette, sculpture with auric frame. The many faces behind Shiva, taken from an exhibition of Mexican pottery, suggest both the intense individuality and the relative anonymity of single incarnations. The composition is all balanced on Shiva’s one foot, creating a feeling of both buoyancy and precariousness in the divine dance. 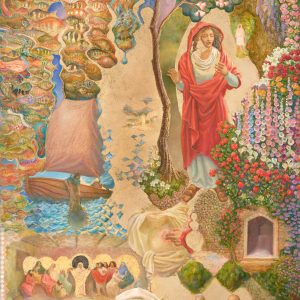 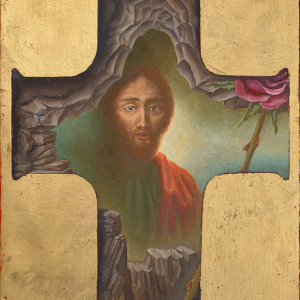 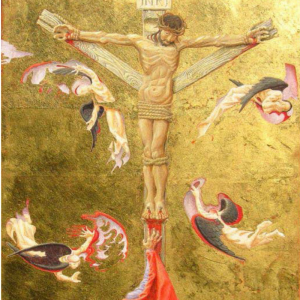 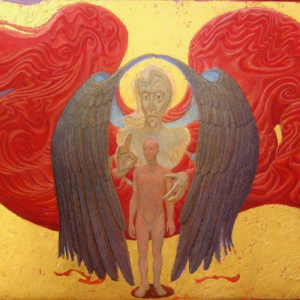 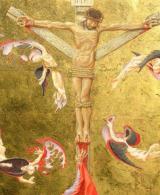 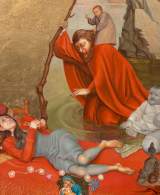